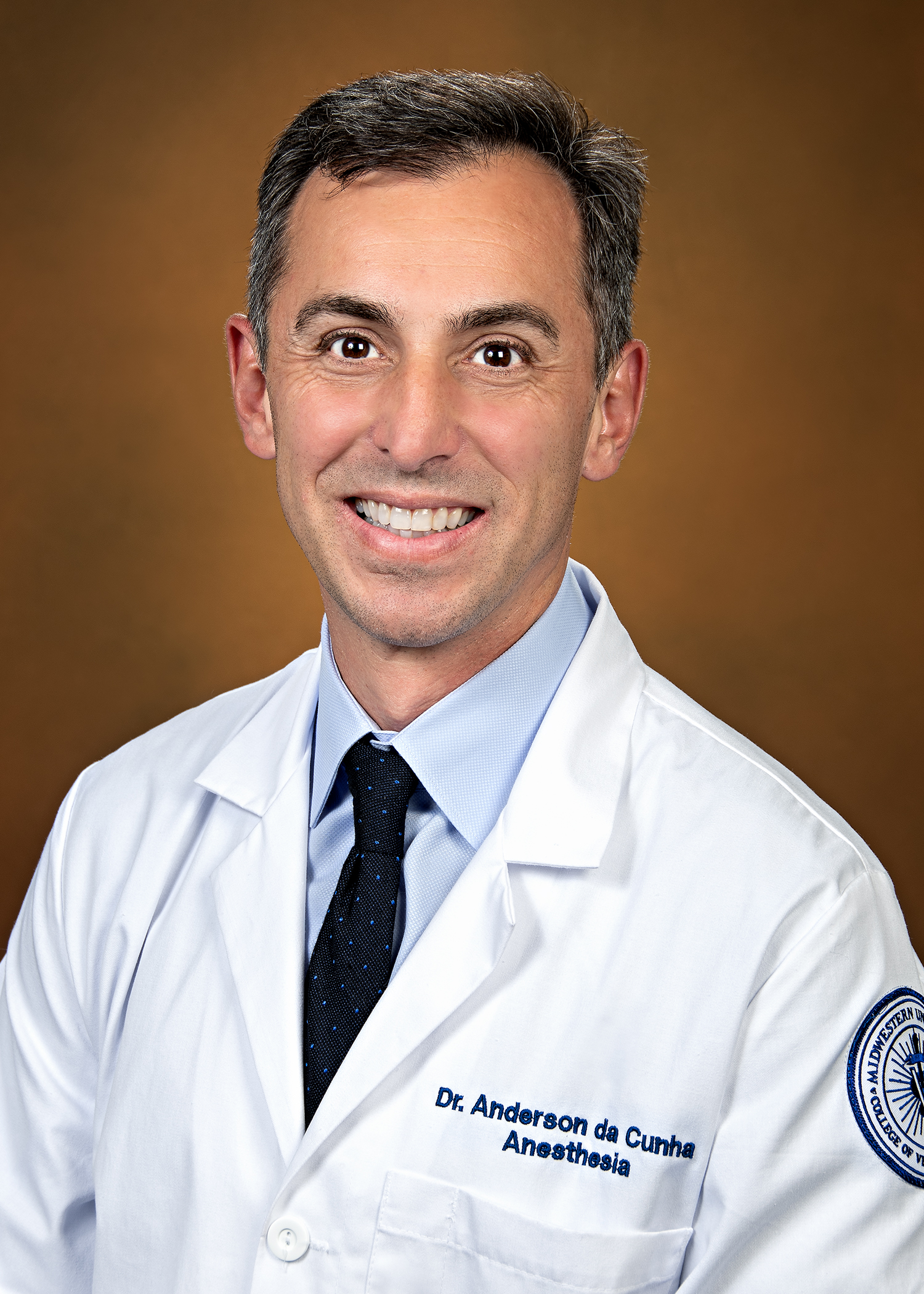 Director of the Companion Animal Clinic at Midwestern University

Dr da Cunha received his DVM from the Universidade Federal do Paraná- Brazil in 2000. After that, he completed a master’s program in Veterinary Anesthesia and Surgery at the Universidade Federal de Santa Maria, Brazil. In 2002 he moved to the US where he completed an internship in veterinary anesthesia and pain management at the Louisiana State University and an anesthesia residency at the North Carolina State University. Then, he became a diplomate of the American College of Veterinary Anesthesia and Analgesia. After dedicating 13 years as a professor and service chief for the anesthesia and analgesia service of the Louisiana State University he moved to the Midwestern University in Arizona (2019) to further pursue his passion for teaching.  In 2021 he became the director of the MWU - Companion Animal Clinic.